Do Women Get Charged More by Mechanics?

Studies prove YES!, that women can get over charged at local mechanics

Recent research proves what has always been rumored to be true: Women really do end up paying more at the mechanic shop than men ... sometimes.

Three researchers from Northwestern University wanted to take on the question of whether sellers treat consumers differently on the basis of how well-informed consumers appear to be, as they wrote in their finished paper, as well as how gender plays into that relationship. They decided to study it via a place where many consumers already feel vulnerable to unfair pricing: the auto repair shop.

The researchers performed the study by having call center agents call auto repair shops in a variety of cities to ask about getting a radiator replaced on a 2003 Toyota Camry – a repair that the researchers determined would cost around $365. Some of the participants were asked to quote an expected price, while others did not. It was among this latter group that price differences cropped up.

On average, women callers were quoted higher prices than men callers were, but the results also reveal nuances based on how much callers knew about their cars.

By contrast, when callers quoted a price of any sort, the gender differences disappeared. Men and women who appeared "well informed" – that is, who said they expected the repair to cost $365 – received similar price quotes, and men and women who appeared "poorly informed" and said they expected a price of $510 likewise received similar higher price quotes.

While the study only looked at pricing differences based on gender and information levels, there is also evidence that race can play a part in pricing as well. A 1995 study, for example, found that race and gender both affected customers' negotiations in purchasing a new car, however gender was not tracked in that study.

And what of the shop worker’s gender? How might the person’s gender who is giving the quote affect the statistics of this study? This is the one thing that researchers collecting the data wished they had tracked. However, call center agents' records allowed her to estimate that 85 percent of the auto repair shop workers were men.

Still, the results do provide helpful advice to anyone bringing their car into the shop: Women would do well to study up. Men, meanwhile, may want to just remain silent and see what prices they get. 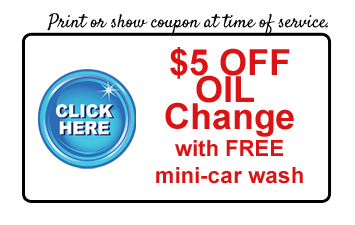